Held on June 13, 2019, the 7th annual McCarthy & Cox Charity Golf Outing was a huge success. Although it was a rainy day, the weather didn’t hinder the performance of the event. Through many generous donors, this year’s outing raised a record-breaking $20,329 for two charities; The McCarthy & Cox Cares Fund and The Elizavèta Fund, both of which are housed at the Union County Foundation.

The McCarthy & Cox Cares Fund was founded in 2013 by Tom McCarthy & Jim Cox to assist seniors, youth and emergency needs in Union County. To date, the Fund has donated more than $43,000 in the community.  The Cares Board consists of five current McCarthy & Cox clients who independently review grant requests from the community. For more information, visit www.McCarthyandCoxCares.com.

The Elizavèta Fund was founded in 2014 by Jim and Faye Cox to help families with the financial burden of adoption costs. Jim & Faye adopted their daughter, Caroline Elizavèta, from Russia back in 2011. Throughout that process, they came to realize the financial and time commitment that adoption requires and decided to seize the opportunity to help others with the undertaking. Over the years, the Elizavèta Fund has granted over $60,000 to assist 14 families with 19 adoptions. For more information, visit www.elizavetafund.org.

On June 14, 2018, McCarthy & Cox held their annual charity golf outing, benefiting the McCarthy & Cox Cares Fund and the Elizavèta Fund, both of which are housed at the Union County Foundation. Not only is this a fun event for some friendly golf competition, but this year’s outing raised a record-breaking $17,310 for local causes.

The McCarthy & Cox Cares Fund was established by Tom McCarthy and Jim Cox in 2013 to enhance the quality of life in the Marysville Community. The fund focuses on giving a hand to seniors, youth, and those with an emergency need. The fund has also donated to other local charities, aiding them in their missions to help our community. To date, the McCarthy & Cox Cares Fund has donated more than $38,000!

The Elizavèta Fund was established by Jim and Faye Cox following the adoption of their daughter Caroline Elizavèta from Russia. After experiencing how financially burdensome the adoption process can be, they decided to help other families by establishing the fund. As of spring 2018, they have been blessed to support 14 families on their adoption journey with more than $49,000! If you wish to contact either of these funds, you may call 937-644-0351 during regular business hours.

All Sizzle and No Steak

With Little Accountability on Incorrect Economic Predictions, Here’s Why You Should Dig Deeper 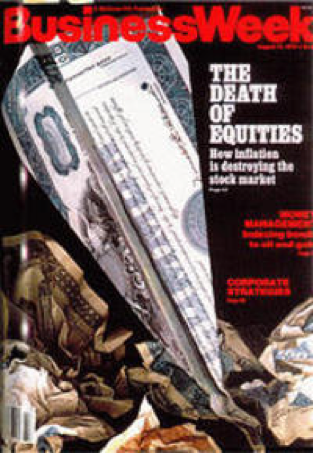 Turn on CNBC. Or Google the phrase “investment advice”. You’re likely to find that opinions of where the markets are going vary wildly from analyst to analyst. Some have turned into celebrities of sorts, and spice up their dialogue to stay in the

spotlight. They may make a sensational call for publicity’s sake – to further their brand - or they may truly believe what they are saying is somehow close to accurate.

After all, if someone makes a spectacular call and is wrong, what’s the harm? But a spectacular prediction that ends up being correct? That can keep someone in the spotlight for decades. Pretty safe gamble, right?One of the investment industry’s most famous magazine covers is the August 1979 Businessweek that proclaimed “The Death of Equities”—right before one of the longest and largest bull markets of all timeOne of the investment industry’s most famous magazine cove

One of the investment industry’s most famous magazine covers is the August 1979 Businessweek that proclaimed “The Death of Equities”—right before one of the longest and largest bull markets of all time began.

It was a perfect example of the investment adage known as the magazine cover effect: by the time something is widely known enough to make a magazine cover, it’s already fully priced into the market (and likely about to reverse). 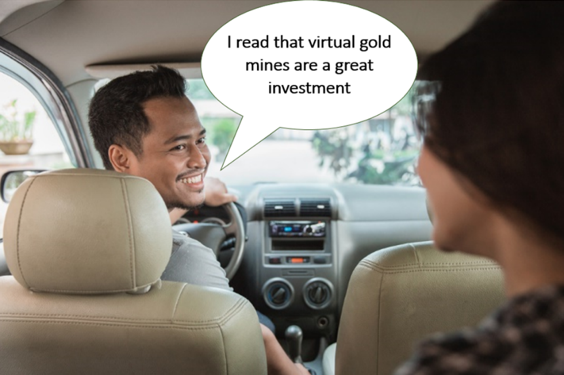 A similar adage involves getting investment advice from your cab driver (or now-a-days, your Uber driver), your waiter, or your cashier at the grocery store; when you start getting stock tips from places you wouldn’t expect, we may be near a market top.

The opposite also holds true. There are analysts who are seemingly always negative - “permabears” as they are known in the industry, that frequently speak of an upcoming market event that will strip investors of all their wealth. These “permabears” typically ramp up their advertising during market rallies, often in the form of gold advertisements.

How many times have you turned on the radio in your car only to hear how easy it is to invest in gold, and been offered a “free” gold investment kit? I heard two on the way in this morning.

In 2009, Marc Faber warned the Federal Reserve’s zero interest rates and massive bond buying (or “money printing”) would unleash hyperinflation, and the US dollar would suffer a massive collapse. Also in 2009, Peter Schiff said gold would hit $5,000 an ounce, a prediction he has stood by ever since. But the Fed-induced dollar’s collapse would be a boon to that magical metal, gold. Neither of these forecasts has come to pass. Gold hovers around $1,300, nearly 40% off its 2011 all-time high. I believe it will hit $5,000 when the Cleveland Browns win the Super Bowl. 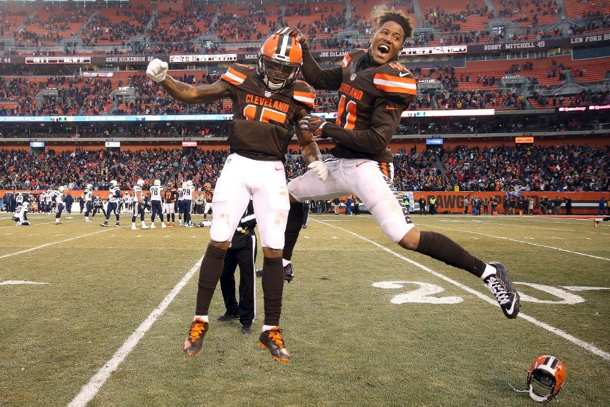 On Nov. 8, 2012, on Bloomberg Business, Faber said the market would fall at least 50 percent after President Obama’s re-election, describing the President as a disaster for business. On September 23, 2014, Faber said we have "bubbleseverywhere".

Faber reiterated his bearishness many times throughout 2015 and suggested investors prepare for the coming downturn. Since his call in 2012, the Dow Jones Industrial Average and S&P are both up over 70%, and the Nasdaq over 100%.

Many of us remember Meredith Whitney and her famous Citigroup warning in October 2007. As an analyst with Oppenheimer, she said Citigroup was heading for bankruptcy and sounded the alarm about other big banks. Hailed as an oracle of the larger financial crisis that followed in 2008, she became ubiquitous on business television and resigned from Oppenheimer in February 2009 to start her own research firm. But in December 2010 on “60 Minutes,” she warned the municipal bonds of 50 to 100 U.S. counties, cities, and towns worth “hundreds of billions of dollars” would suffer “significant” defaults. However, muni finances were on the rebound, as state and local governments cut spending while the economic recovery flooded them with tax revenue. Detroit and Puerto Rico aside, muni bonds’ overall default rate has been miniscule. Whitney has since closed her firm and works for an insurance company based in Bermuda. Actually, living in Bermuda doesn’t sound so bad, especially with Winter coming…

For sure, not every analyst that catches the public’s attention is bearish. In 2000, the first edition of Dow 36,000 was published, in which a case was outlined for the Dow Jones Industrial Average reaching 36,000 within a few years. There were countless other bullish calls, especially as the dot.com bubble was inflating, even from someone we now think of as a “permabear”.

Financial-newsletter writer and best-selling author Harry S. Dent Jr. has made both outlandish bullish and bearish calls, depending on the circumstances. Beginning in 2000, Dent was very bullish, predicting the Dow would hit 40,000. In 2006, he remained bullish, but lowered his Dow forecast to 16,000. It did ultimately reach 16,000, but not before Dent backed off his forecast and turned bearish. In 2011, he called for the Dow to plummet below 5,600, and re-upped in 2012, calling for Dow 3,300. That hasn’t worked out (so far).

This article would not be complete without a mention of Jim Cramer. I enjoy watching Jim Cramer, if for no other reason, to hear what’s on investor’s minds and listen to interviews with company management. Cramer has made his fair share of wise investing decisions, but he has also had a few flops. One of his most memorable ones comes from his call about Bear Stearns on March 11, 2008. At the time, Bear Stearns was trading around $60 per share. When asked by a viewer if they should be worried about Bear Stearns, Cramer emphatically replied “NO! NO! NO! Bear Sterns is fine. Don’t move your money from Bear, that’s just being silly.” Five days later, Bear was purchased by JP Morgan for $2 per share.

The bottom line is this - Be skeptical of all claims, good or bad. That's not because every claim is false, but many are, at the very least, misleading. There’s no way, by analyzing the ads themselves, to ascertain which are accurate, but a simple reality

check may help. Warren Buffett is widely considered to be one of the greatest investors of our time. Warren Buffett's long-term return at Berkshire Hathaway is 19.7% annualized. Any claimed return above that is likely misleading at best. The 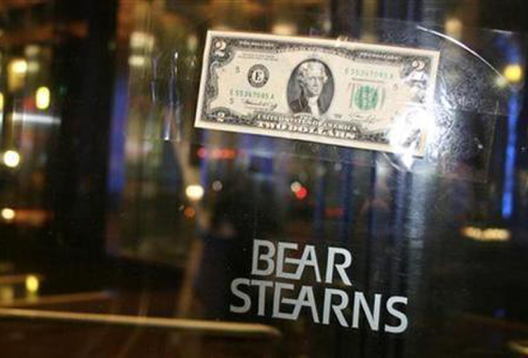 prudent response should be to dig deeper, or simply ignore it.

One final note. In conducting research for this article, I came across a prediction for Dow 116,200 by 2040. I thought for a moment that sounded ridiculous, but in following my own advice and not immediately accepting or dismissing it, I realized it